﻿Check out most of my photos on Flickr and Pbase.﻿

In January, I added a Sony A7RIII to the stable.  I also bought a Metabones adapter and I have been pretty happy with the combination, though, I need to get more time with it to really be able to review it properly.   I would eventually like to get the the new Tamron 28-75mm f2.8 in my camera bag, but I haven't completely decided to sell my 24-105mm Canon because I would miss the long and wide end, so I have to see if I can figure out whether it is worth it for the small size that would be ideal for so many situations.  Below are a couple of edited photos from the camera.

I should mention that I intended on using it for video as much as photography, and that hasn't had time to come to fruition, so I still have to use it more to really run it through the paces. 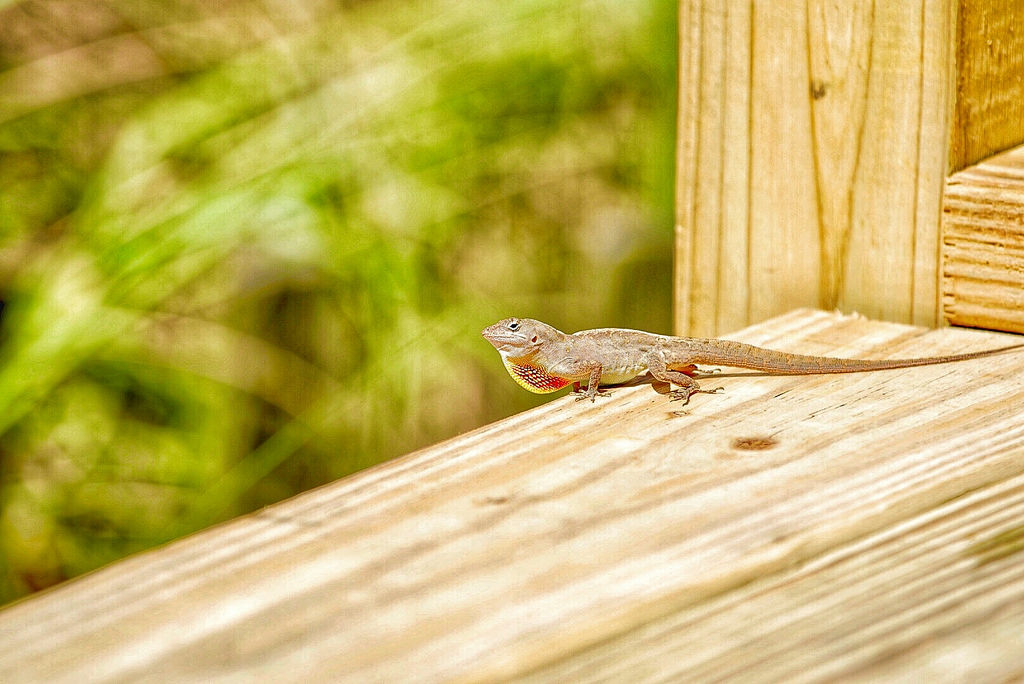 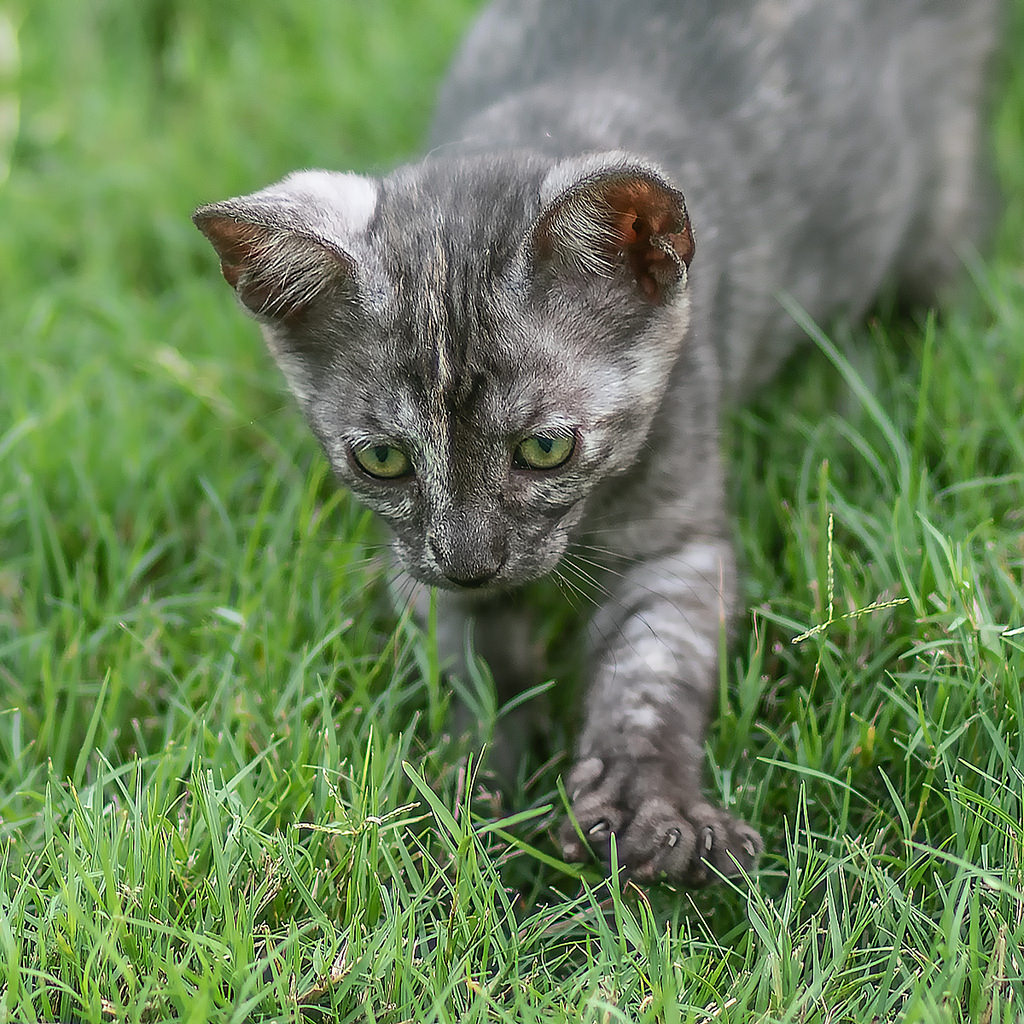 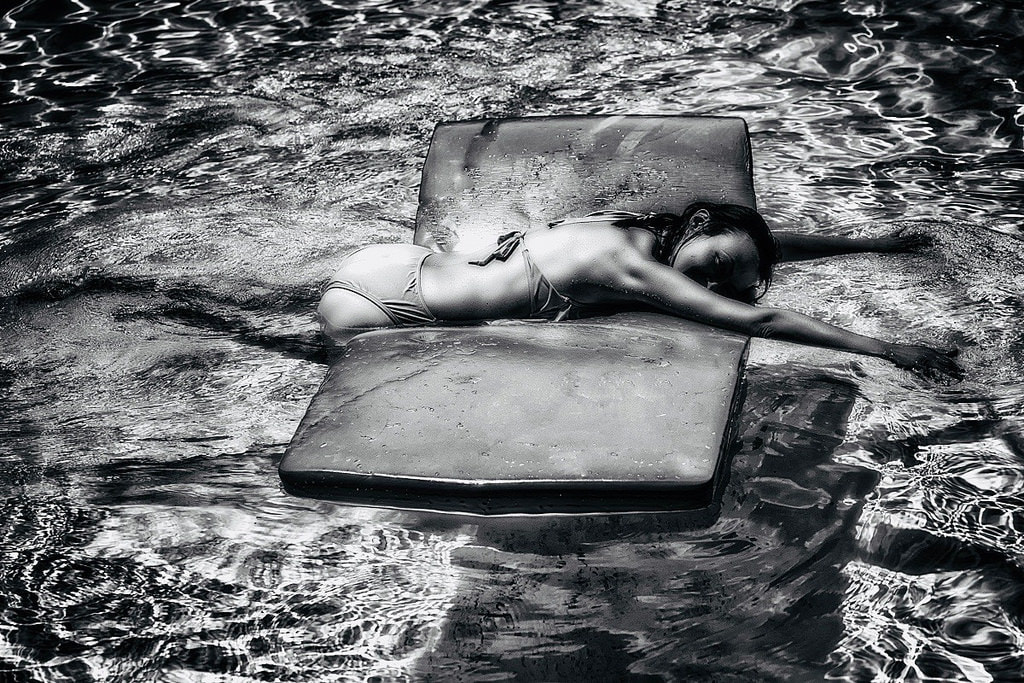 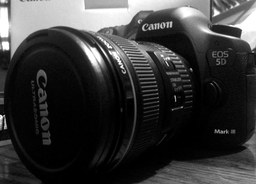 I decided to drop my old photography website since I never got around to updating it.    As a result, I decided to make more use of this page.   I will start by listing some of my equipment, post a few pictures, and discuss some of the software I am using.

I have several posts on my blog page  related to photography.  Below are a few of the articles: 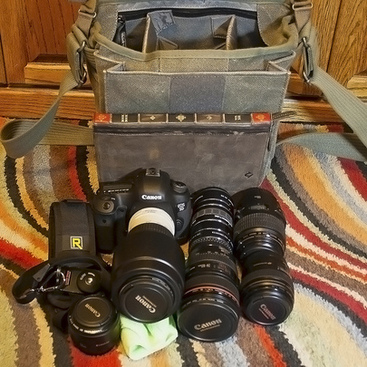 A large portion of the people that read my website are here to see and read about tech and gear, so I will start by listing my equipment.

I also have a trusty Canon 20D with Sigma 18-200mm lens.  I have had this camera for about 10 years and it is worth more to me than what I can sell it for.  I thought about having it converted to IR, but I haven't got around to it.

In addition to the Canon gear, I have a small collection of micro four thirds equipment that I bought for those times I don't want to carry heavy gear with me.  I am still wondering whether I should have just bought the Sony RX100 point and shoot instead, but for now I am sticking with m43. 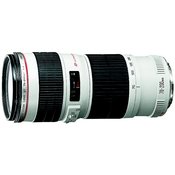 My current favorite lens is the Canon EF 70-200mm f/4 L IS.   It is fairly light and has the ability to capture very sharp photos.  I like to take pictures of my pups, so having the 200mm length in the yard is nice.  While a compromise is to be made with f4 (see my article on why I have f4 instead of 2.8), it still shoots pretty good indoors in low light because of the image stabilization.  Below are a few pics, I will add more when I have time, I have taken with this lens (they show still life flower shots, inside dog photo, and outdoor dog photo.)   Keep in mind that my pictures all contain some sort of manipulation with Photoshop or Lightroom because I usually shoot in RAW. 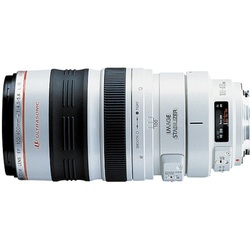 At one time, the Canon EF 100-400mm f/4.5-5.6L IS  was my favorite lens.  I still love it and need a long lens for nature, but it is so darn heavy that I will normally take my 70-200mm if I think I can crop the photo to make up for the shorter focal length.   I do like to use this lens at the zoo and on road trips that I won't need to leave the car that often.  The Black Rapid Sling Strap makes it a lot easier to carry and use than the Canon (around the neck) strap that is included with Canon cameras, which makes it easier to carry around.   However, if you have this lens and a bag full of other lenses on your shoulder, it can lead to some soreness after a long day. 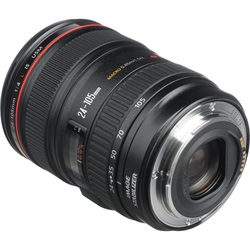 The Canon EF 24-105mm f/4L IS L  is currently my "walk around" lens.   The image stabilization  with a constant f4 makes it nice for just leaving on the kitchen counter for random shots.   The wide angle through a good 105mm portrait length is nice to have for just about any pics I take around the house.


I still would like a more versatile Tamron 28-300mm lens, but I don't want to sell one of my current lenses to buy it and it is hard to justify the price when you should usually get better photos with Canon's L lenses.  Canon does make a 28-300mm L lens, but it seems overpriced when compared with the Tamron. 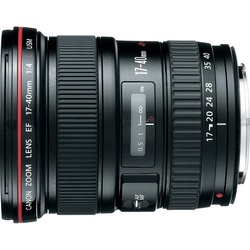 My newest zoom is the Canon EF 17-40mm f/4L.  I felt that it would expand my photography choices and fill in the ultra-wide angle focal length that I was lacking.


I bought this mainly as a fun  lens to have around, rather than a necessity,   However,  I find it useful to have on the camera for wide angle landscape photos, fun dog photos, and for interior shots.  In the short time I have had it, I have actually taken more photos with it than my "walk around" 24-105mm lens.  It seems to always give me a look that I like.


Note:  I get paid commissions for purchases made through any links to Amazon products on this page and website.​ 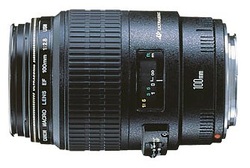 The prime that I have used most often it the Canon EF 100mm f/2.8 Macro.
I have had the lens since 2005 and it is one of my favorites and it also gave me a new view of the things around me.  Who knew that dragonflies had such cute faces?

In addition to macros, it is fantastic for portrait photos.  I know Canon has come out with an IS lens that is supposed to be even better, but I can't justify spending the price differential given the results I get with this lens.  I guess if I used it more often indoors, the IS would come in handy, but I have faster lenses for that purpose. 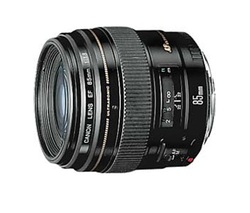 Of course, fast primes are a necessity for low light photography.  The  Canon EF 85mm f/1.8 is one of the least expensive and light lenses in Canon's arsenal.  Since I mainly I have f4 Zooms, I will take a fast prime with me when I think I will be in lower light at some point during the day. 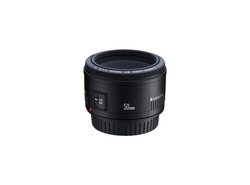 The Canon EF 50mm f/1.8 is one of the cheapest lenses in my collection.  It is still a great, versatile lens.  It is great in low light, but I also love the size and weight.  When I am carrying a zoom lens, it can fit in my girlfriend's purse and take up very little space. 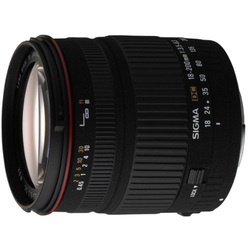 The Sigma 18-200mm is not compatible with the 5D Mark III, but I still have it attached to the Canon 20D, so I thought I would include some photos.

I see the Sigma in the same realm as the Tamron 28-300mm  that I have on my wish list.  It isn't the best quality, but it is so flexible and covers such a great range that it is worth the trade offs.   Over the years, I got a lot of use out of a Quantaray 70-300mm macro lens, but it has some issues with focusing right now, so it isn't currently in use.  However, some of my best photos were taken with that cheap lens. 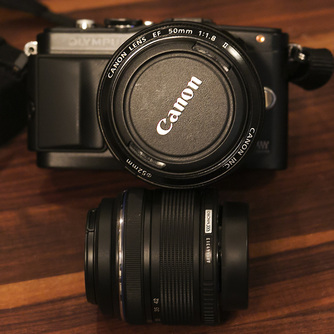 As I mentioned in my "initial impressions", this camera met my needs for a small camera that would also work with an adapter with my current lenses.  I could still use a decent point and shoot, but with cell phone cameras getting better every year, I hesitate when I think about spending several hundred dollars on a Sony RX100 or something that is slightly less versatile. The micro 4/3s fills a gap between the Canon full sized sensor camera and the cell phone camera.

Canon makes something similar with the EOS M, but everything I read said that the auto focus was awful, so I went with the m43 since it seemed a bit more polished. 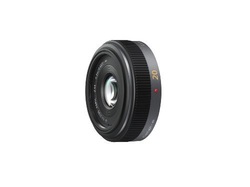 The Panasonic LUMIX G 20mm f/1.7  is the favorite m43 lens in my collection.  The reason is that it works great in low light and its pancake design makes the camera nice and small, which is the main reason I would carry this camera instead of the Canon. 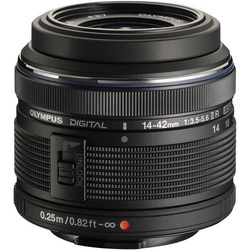 The Olympus 14-42mm f3.5-5.6 came with the camera since I ordered it in a kit.  It is also nice and small and takes decent photos, too.   I haven't gotten as much use out of it as the 20mm, but that is mainly because the E-PL5 usually sits next to my spot on the couch for indoor pup shots.  Since the 20mm is better in low light, it works better for those conditions.

I bought the Olympus M. 40-150mm F4.0-5.6  to give me a bit more length over the kit lens.   While I like the lens, it is a  larger than my other m43 lenses and, as a result, I have used it less often.  It still gets great shots and I take it along when I don't mind the weight, but I would typically just  bring along the Canon if I don't mind the weight. 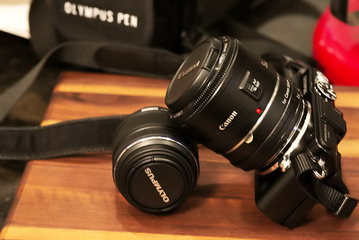 The picture to the left has the E-PL5 with a cheap Canon adapter I got off of eBay and the 50mm 1.8.  The main dowsed to this setup is that it adds length to the Olympus and you lose autofocus, so more shots are missed.  It is still a fun way to get more use out of the camera and since there is a ~2x effect, a 50mm becomes a ~100mm and an 85mm becomes 170mm without the loss of light.

Below are some pics with some of my Canon lenses.  You also lose metadata information, so I am lumping all of those shots together. 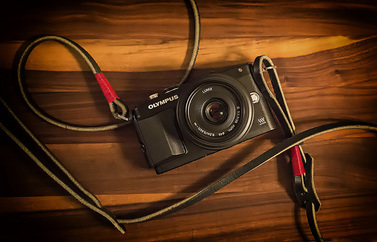 I have more bags than I know what to do with, but it seems that it is impossible to find the perfect bag.  I have heard than Bellingham makes the best bags and I may try them if I decide to add another bag in the future.  Right now, I am mainly using a Think Tank Retrospective 20, for Canon gear, and a Lowepro Passport Sling II for m43.    I really love the Retrospective and I have reviewed it here.   I also have assorted backpacks, sling bags, etc.. in a range of sizes.  I have a Pelican hard case, but I mainly use it to store stuff that I don't use very often.  I thought I would store all of my gear in at home and just throw the camera gear in a bag when I would leave the house, but I found that I prefer always having my main gear in bags I can carry with me.   Personally, I don't know how you can have one bag to fit all occasions, so I think most photographers probably have a travel bag/backpack, a medium bag, and a small bag (at least).

Note:  I get paid commissions for purchases made through any links to Amazon products on this page and website.
​
For camera straps, I have a Black Rapid Sling Strap on the Canon (it was one of my top photography purchases) with a Carry Speed adapter plate and a Gordy Strap for the Olympus. 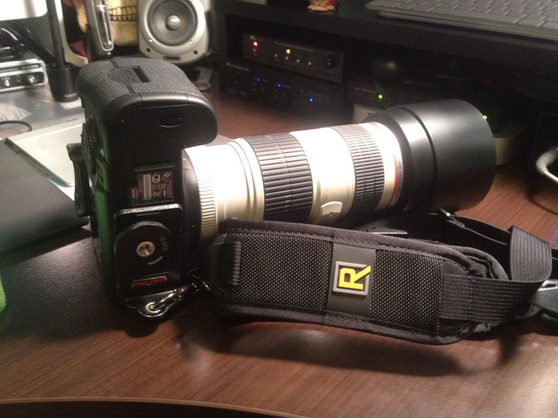 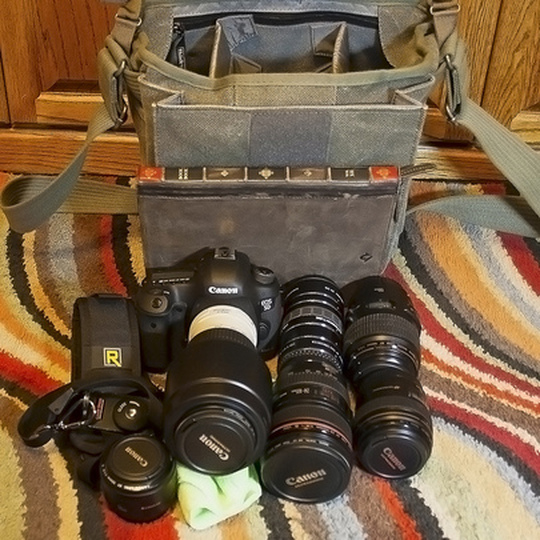